The P# Editor allows you to create, modify, run, save and share scripts.

The P# Editor can be found in the Build Section under Develop in PetroVisor. 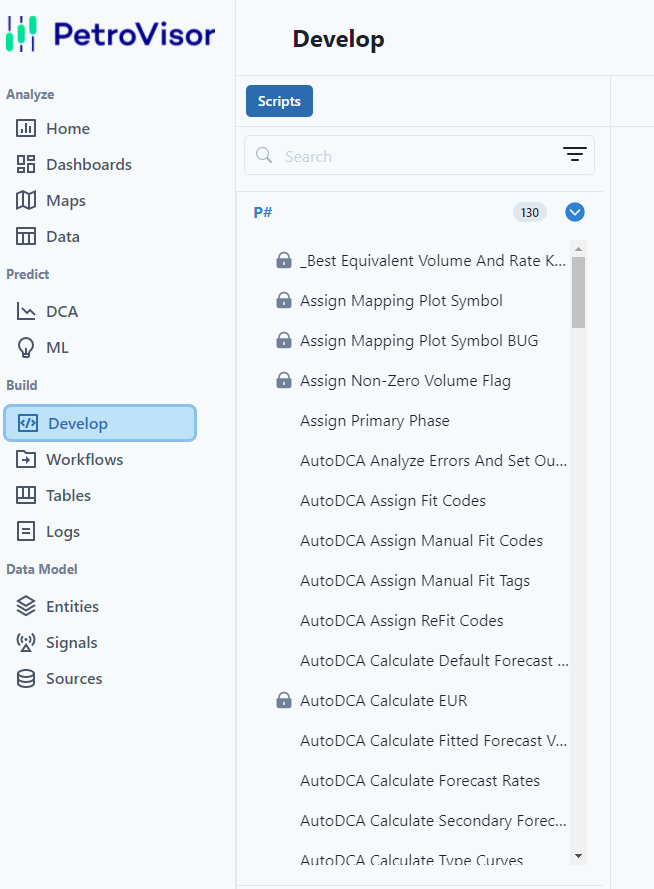 PetroVisor's P# Editor is made up of the following parts: 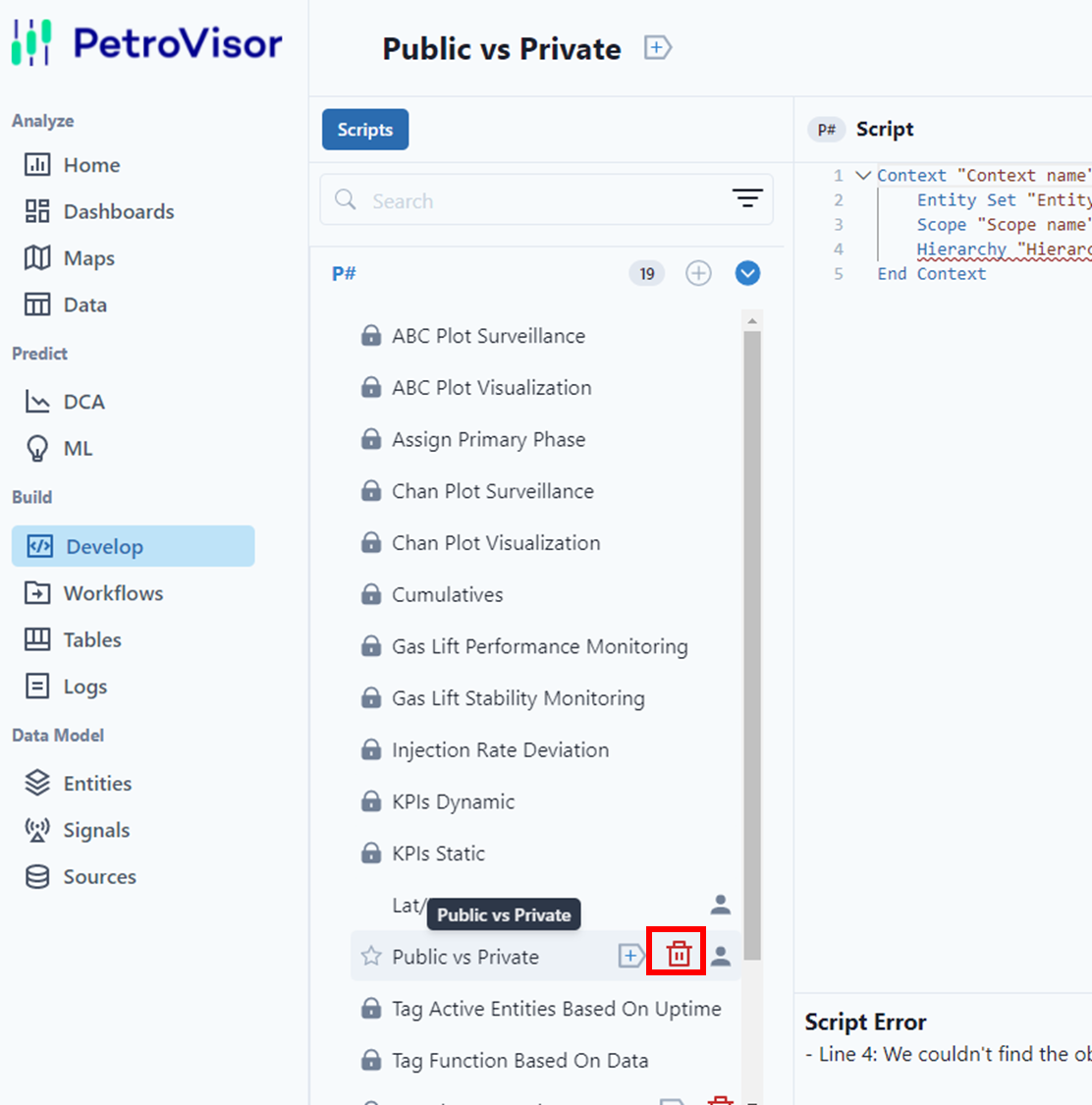 Make scripts visible by clicking the person icon.  It will allow all users in that workspace to see the script 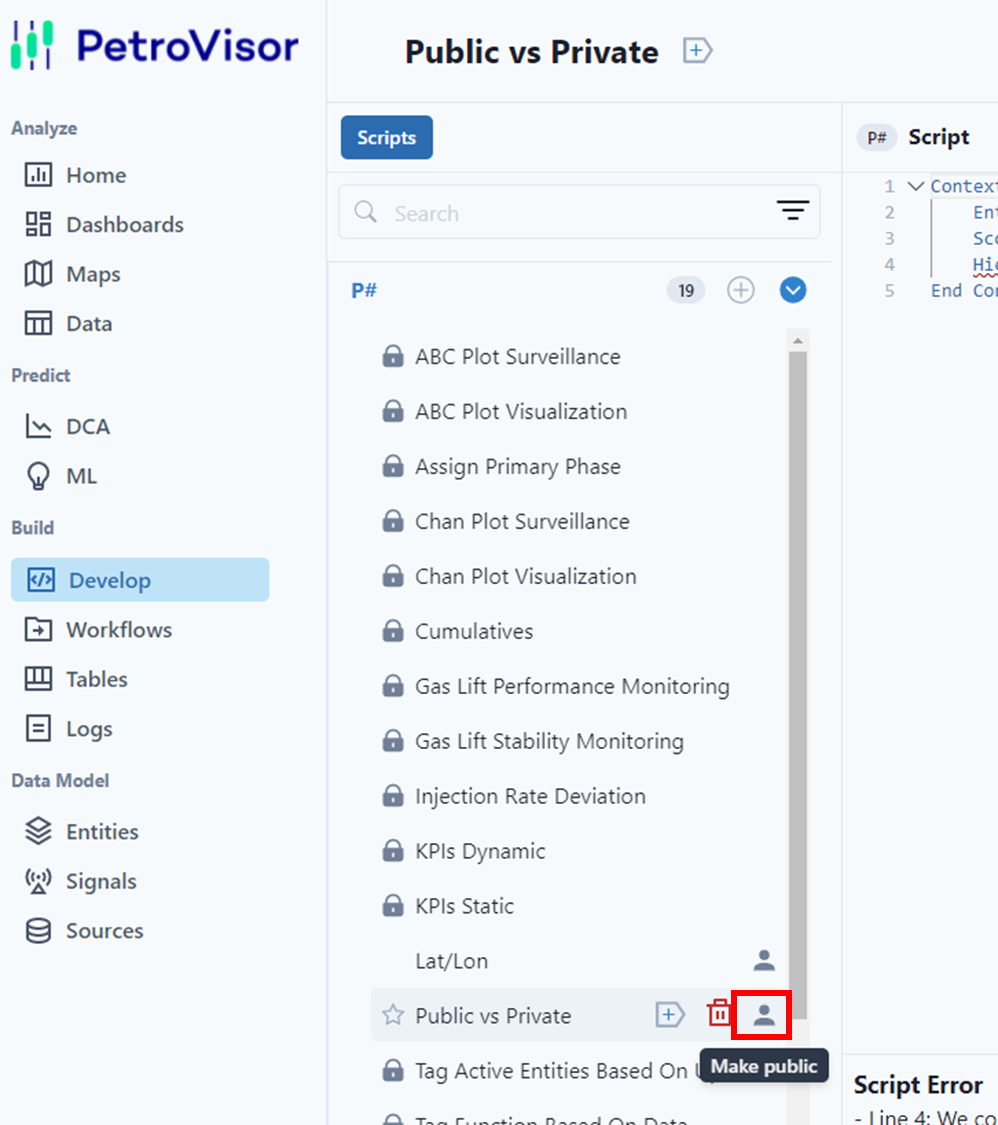 There are three run options in the P# script editor:

PetroVisor stores signals in standard units but automatically converts them to the assigned unit. To avoid confusions, it is important that the displayed unit equals the loaded unit. To ease programming in P#, the consistency of these units is not checked. However, especially in the beginning, this may be a possible pitfall.